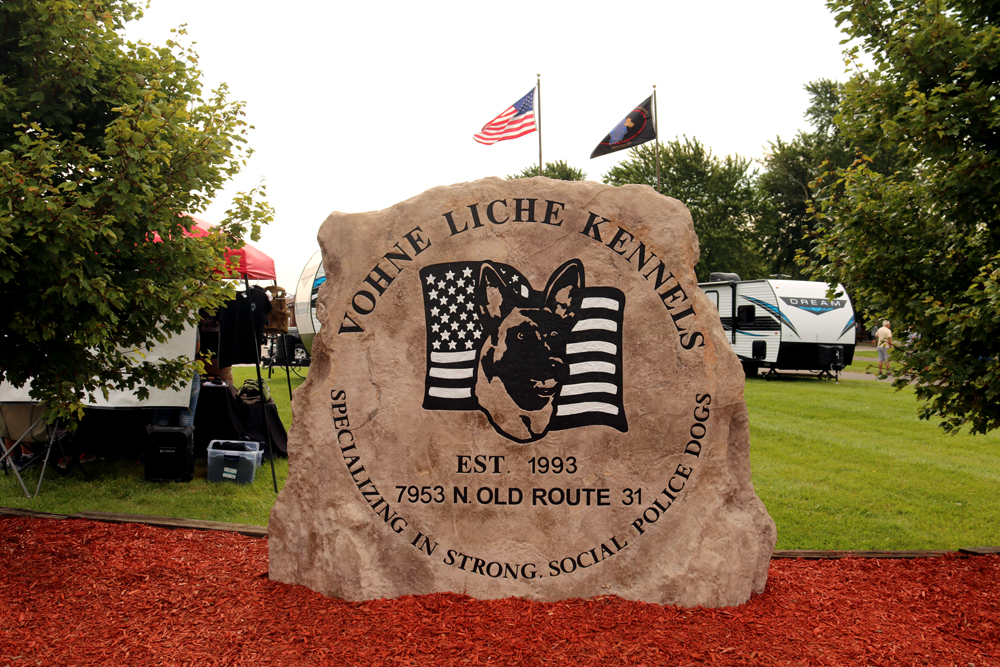 No, not the Summer Olympics in Japan! BOHEMIAN QUEEN will perform their theatrical tribute to the music of Queen at the “K-9 Olympics” held in Denver, Indiana at the Vohne Liche Kennels.

Vohne Liche Kennels is a full service K-9 training facility where the best of the best go for highly trained Police Service Dogs. VLK has trained Police and Military Service Dogs for over 5000 law enforcement and government agencies. They train approximately 400 dogs and 150 handlers from 46 states and 20 foreign countries yearly, as well as the official trainers for Bermuda, the National Security Agency and Puerto Rico.

They conduct training in tracking, apprehension and detection work as well as first aid, search and seizure and use of force issues. Specialize in narcotic and explosive passive response detection work. VLK conducts supervisors and trainers courses whereby supervisory officers are taught how to train canines and handlers in their department as well as spotting and correcting problem areas. VLK created Vohne Liche K-9 Securities deploying teams to Iraq, Afghanistan and other areas in support of Explosive Detector Dog missions worldwide.

All Wanna-Be Criminals Should See the K-9 Olympics

I arrived a day early for the BOSTYX show and watched some of the competition and I was amazed, yet horrified, at what these beautiful trained K-9’s can do. I know after watching them, I’ll never do anything that would warrant the need for a K-9 Unit to come visit me! Competition video should be a daily video shown to all wanna-be criminals.

Every year, except 2020, owner Ken Licklider holds the K-9 Olympics at his VLK kennel site. A week-long competition is held on the grounds, usually in August. I’m pretty sure it is to coincide with Ken’s birthday month. To top off the week, Ken wants to rawk!

In 2017, David Victor Presents got a call to perform for the K-9 handlers with his show BOSTYX. Ken loves the music of Boston and his wife’s name is Amanda, so perfect fit! After finding out that Ken and his daughter love to sing karokee and the song Don’t Stop Belevin’, David invited them on stage and they sang for their peers. After the show was over, Ken announced that he was going to have BOSTYX perform at next year’s event too, something that Ken never did in the 20+ years of the K-9 Olympics.

The K-9 handlers will be treated to a night of the music of Queen when BOHEMIAN QUEEN theatrically performs hits like Fat Bottomed Girls, We Will Rock You, Radio Ga-Ga, We Are The Champions, and a never-ending list of their hits. Paulie Z, BOHEMIAN QUEEN’S Freddie, looks the part, acts the part and pulls the audience into many of the songs that are so loved by all.

He lets his team know who he wants to entertain the K-9 handlers at this event, and they make it happen. David Victor Presents is high on Ken’s list to provide quality entertainment with 2 of his shows reaching the stage at Vohne Liche Kennels for the K-9 Olympics for 3 of the 20+ years that Ken has hosted the K-9 Olympics in Denver, Indiana. 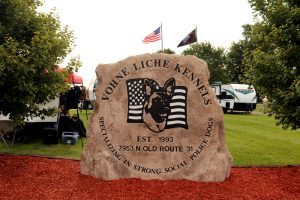 BOHEMIAN QUEEN will perform at the K-9 Olympics in Indiana this year with a theatrical tribute to the music of Queen. Breaking a VLK tradition, this is the 3rd time that a David Victor Presents show will grace their stage.